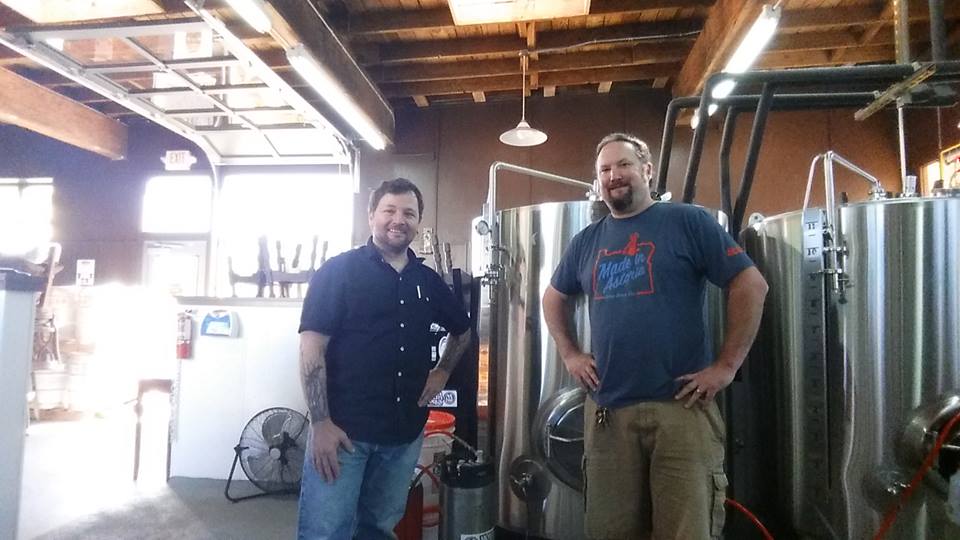 From the monthly Bipartisan Newsletter, October 2015

This is what happens when two guys bend their passions and blend their beverages into one delicious new taste.

Montavilla Brew Works’ special Pinot-aged coffee porter is the brainchild of cafe owner Peter Emerson and Stark Street’s resident brewmeister Michael Kora (read more about Kora in this issue of the Crier and more about Bipartisan Porter on our blog.) It’s the intersection of everything we hold dear — coffee, beer and collaboration.

Kora took three gallons of our cold-brewed, pinot-aged Water Avenue coffee and blended it with his base Porter to create a rich, chocolatey seasonal brew that’s balanced out by the coffee’s distinct fruity flavors.

Bipartisan Porter. Love it! Taste for yourselves after Friday Oct 16, when the brewery officially launched the Bipartisan Porter at the release party. This is why we love being Montavillains!

Everything in the room is true to Michael Kora’s conscious and precise vision. The brewery and tasting room are tightly focused on beer, designed to keep the customers focused on each other, no distractions.

“My vision is all about (customers) conversing with people they know and people they’ve just met,” he says. “People should feel connected. I want people to feel a sense of ownership.”

There are no TVs to kidnap your focus, no kitchen, no menu, nothing to pull Kora’s attention from crafting. He keeps his mind on the beer and a stack of menus near the register. “There are great restaurants all around,” he said. “We strongly encourage people to bring in what they want to eat.”

Kora opened last July after two long years of construction and permit dances, and now has about 10 beers and hard cider on tap, most of them his own. Along the way, he enlisted local artisans and artists to build the beautiful live-edge bar, and to design the brewery’s logo and signs. He’s poured love and sweat-equity in every step of the way, sometimes working 100 plus-hour weeks. And the devotion shows in every detail. “I have never worked this hard in my life,” he says. “And I love it.”