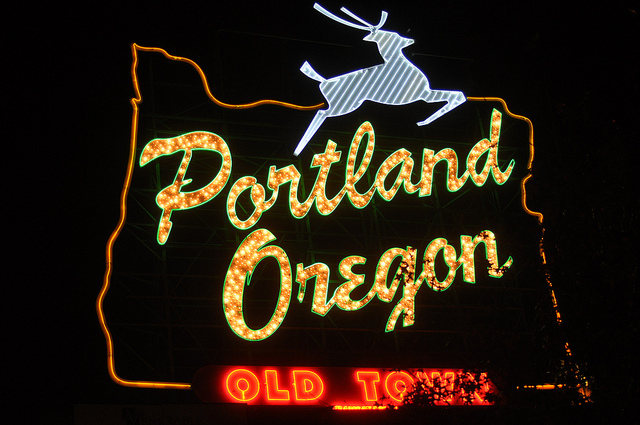 Eight Things to Do Sober in Portland

Portland has made a bit of a name for itself as a drinker’s town. Between the craft cocktail programs at nearly every great restaurant in the city, our international reputation as a beer Mecca without rival, and Portland’s proximity to one of the world’s best wine producing regions, it’s a wonder that any of us can manage to be sober.

But if you don’t drink, whether by choice or by necessity, then it might seem like there’s nothing for you to do in this town. That couldn’t be further from the truth! Here’s eight examples of things you can do in Portland when you’re sober and looking to have some real fun.

If you’re sober, then you’re probably way ahead of me here. Coffee and sobriety go together so well that they’re almost a bit of a cliché. But along with Portland’s beer brewing renaissance, the city also went through a bit of a coffee renaissance as well.

The city is home to some of the best coffee in the world, and it’s served up in an eclectic collection of fantastic café’s and dessert coffee houses like Bipartisan Cafe (that’s us!) on SE Stark.

Portland is a great place for gaming and for gamers. And while the drinkers may have barcades like Ground Kontrol and the newly opened spot in the old Mt. Tabor Theater, sober folks of all ages can take advantage of the city’s chain of four-nickel arcades, known as Electric Castle’s Wunderland. Each Electric Castle boasts a movie theater and a bevy of classic video games, as well as arcade-style games like Skee-Ball that generate tickets you can redeem for a variety of prizes.

Portland is in a unique geographical position, surrounded by some of the most beautiful countryside in the world. Whether you head out to the Gorge, up to the mountain (Mt. Hood!), over to the coast, or into the depths of one of the city’s many parks and green spaces, you’re bound to find something worth remembering on the area’s trails.

You may not realize it, but Portland and the surrounding area is home to a great many disc golf courses. Nearly all of them are free to play, and many sporting goods stores sell used discs on the cheap, so the barrier to entry for a new player can be pretty low. 5) Expose Yourself to Art!

The biggest art museum and collection in the entire state is right in downtown Portland on the South Park Blocks, at the Portland Art Museum. With special exhibits rotating through every couple of months and a stunning collection of Asian, European, and Native American art objects, the museum is well worth your time and the price of admission.

6) Expose Yourself to Science!

The Oregon Museum of Science and Industry isn’t just for kids. In fact, the rotating exhibits and permanent installation will teach and delight people of all ages. And the tour of the pre-nuclear decommissioned submarine docked just outside has to be experienced to be believed.

Portland has a deserved reputation as a literary city. In fact, the city boasts an amazing collection of rare and very old books, downtown at the Multnomah County Library. The John Wilson Special Collections are open to the public during limited hours each week. Where else can you hold a 5000-year-old cuneiform tablet in your hand?

There are several rock walls in town. REI has one, the Portland State University fitness center has one, and then there’s the Portland Rock Gym. There, you can learn to climb by taking one-on-one lessons, classes, or just showing up during drop-in hours.

Too Much Good Stuff to Do in PDX

Well, there are eight good ideas for eight fun things to do if you’re sober in Portland. So get out there, and try to enjoy what the city has to offer beyond its brewpubs and wine bars. So much of what Portland has to offer really has nothing to do with alcohol!