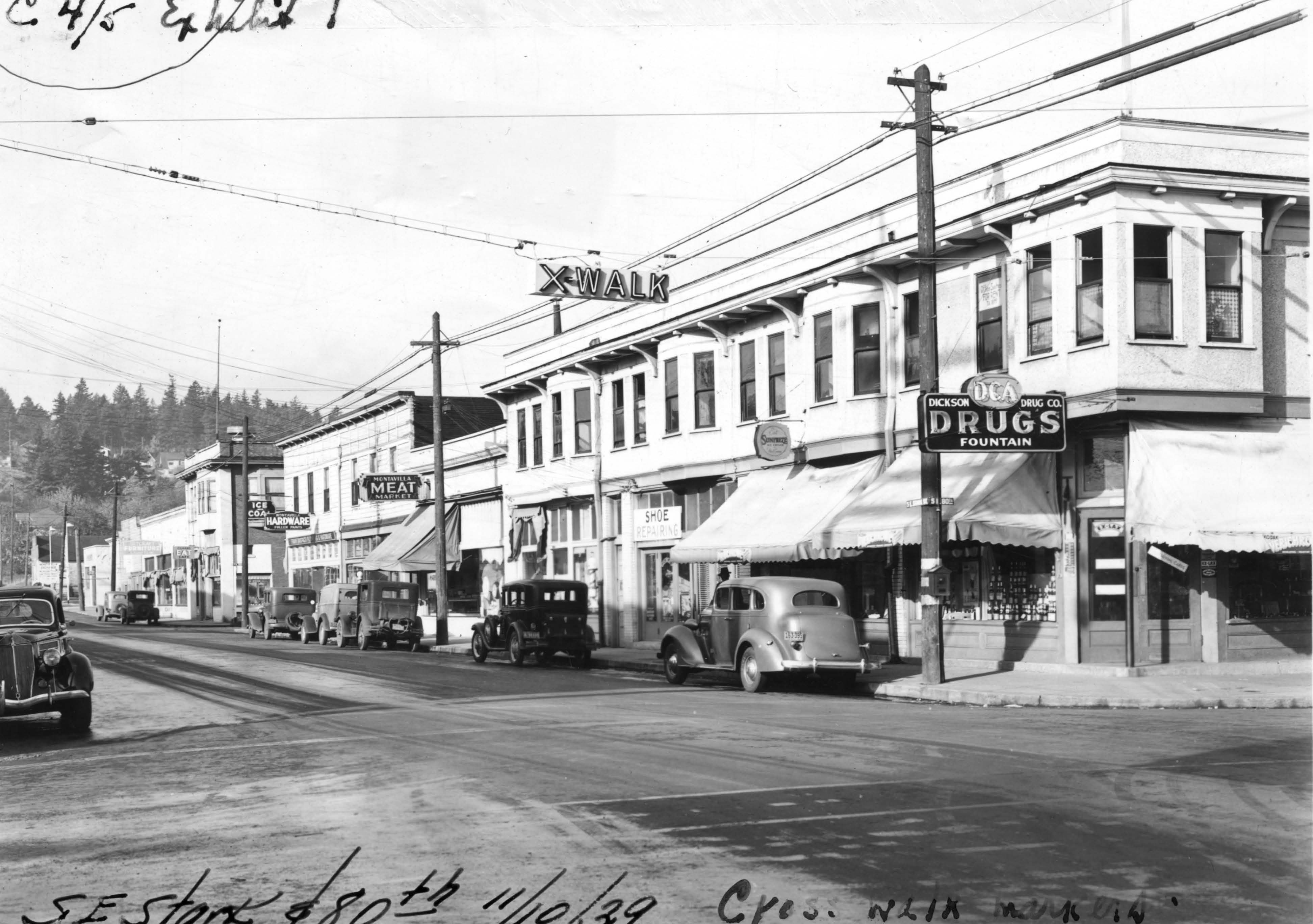 Most contemporary Portlanders, indeed most Montavilla residents, may have little to no idea of the tragic story of greed and misguided policies that turned privately held farmland into the community that many of us live in today.

For instance, you may not realize that much of the residential and commercial core of the Montavilla neighborhood was owned by a prominent farming family of Japanese descent prior to the internment of ethnic Japanese during World War II, the Shiogis.

In this post, we will attempt to honor their story, taking into account that prior to the arrival of settlers from both Europe and the Far East, the land that Montavilla sits on was inhabited—if not owned, in the European sense—by local indigenous peoples.

The politics of land ownership and the economics of war often yield outcomes that are tempting to leave out of the historical record—and even more challenging to find. But for the Shiogi family, the ten acres they planted, worked, and harvested – the ten acres that are now the Montavilla neighborhood – are an inexorable part of their American experience. According to the scant information available on the web, Sadaji Shiogi, a young man from the Japanese Alps region of Honshu Island in Japan, emigrated to the United States in the years between the turn of the 19th century and the beginning of the First World War.

He purchased ten acres of farmland in what is now called the Montavilla neighborhood, and set about growing berries and a variety of other vegetables that he and his extended family would harvest and bring to market in Portland.

During the Great Depression, the Shiogi family continued to farm their land in Montavilla and managed to start a successful retail grocery operation in North Portland. They were also able to buy a home, in addition to the shop and their farmland holdings, east of Portland proper.

Unfortunately, due to the law of the land, Sadaji Shiogi and his wife Chiyo weren’t able to register this home in their own names, as Japanese immigrants weren’t allowed to directly own property at that time. Instead, they registered the store and their new home in their daughter’s name (records are unclear as to whom was the registered owner for their ten acres of land in Montavilla).

World War II and the City of Portland, Oregon

On the evening of the day that Franklin Delano Roosevelt declared “will live in infamy,” Sadaji Shiogi was arrested by the Federal Bureau of Investigation. The FBI searched the Shiogi home, and correspondence of all kinds was seized as potential evidence for an espionage or conspiracy charge that never came.

Sadaji was held in custody as the rest of his family were picked up and sent to spend the duration of the war at the Minidoka Internment Camp in rural Idaho.

Thanks to a prior connection with Elbert Duncan Thomas, a U.S. Senator from the State of Utah, Chiyo was eventually able to secure Sadaji’s release so that he might spend the remainder of the war with his family in the Idaho camp.

When the family was eventually released at the war’s end, they returned to Portland and were eventually able to reclaim their house. The farmland and grocery store had been taken over in their absence, and neither was ever returned. Adding further insult to injury, the family received no compensation. Eventually, along with many of the stories of the Japanese Internment, the Shiogi family’s Montavilla story was largely forgotten. Many of Sadaji and Chiyo’s descendants have held prominent positions in agricultural associations across the Pacific Northwest, and Sadaji and Chiyo themselves eventually became United States Citizens once the Walter-McCarran Act of 1952 was passed.

The Shiogi family legacy in the Portland neighborhood of Montavilla goes mostly unknown by those who live, eat, and drink in the thriving area built on land they once owned.

Previous Post: The Best Portland Coffee Roasters Worth Knowing About
Next Post: 10 Great Coffee Drinks You Can Make This Summer